Event organizers should start taking notice of the exciting world of the space industry, as the Space Age is fast taking shape as a potential way of life. Space explorations to obtain new information about the solar system and space programs that reflect on possible human migration to extraterresteial environments, are currently drawing attention. Many are hoping that spaceflights could come sooner than expected.

The NSS event presentations ranged from space explorations by way of human spaceflights to results of robotic probes. Discussions delved on both traditional and new spaceflights by many modern space companies, as well as space programs that aim to unravel the mysteries of the universe, including those that exist outside the solar system a.k.a exoplanets.

While today, aeronautics and Space Age are still mere themes for event organizations, they may very well be the reality in the near future. After all, researches and explorations about future habitation and opportunities for life beyond Earth, are continuing.

Although NASA encountered delays caused by the COVID-19 pandemic, the impact was still manageable as far as the scheduled SpaceX launch was concerned. The aeronautics agency paused work on some of its priority missions so that work on the Commercial Crew launch continued; providing frequent updates to prevent the widespread global pandemic from seriously affecting the forthcoming SpaceX launch. .

After all, it was the first launch of human space fllght called the Crew Dragon, which orbited from the U.S. and is currently touted as the beginning of an exciting new phase of NASA’s spacecraft building. Events organizers should take their cue from the numerous nascent companies seeking to enter into lucrative deals with NASA and other military contracts, including those related to high-end communication satellites.

The latter group contributes to research initiatives, such as capturing stellar images like galaxies,nebulae and dim stars not visible to the human eye.

Anyway, it seems organizing events for the space industry is fast shaping up as the new trend, since the limitations and restrictions imposed by the pandemic,the ongoing economic recession and the present political instability have all made conventional corporate and social celebrations, somewhat unaffordable and inappropriate at the moment. 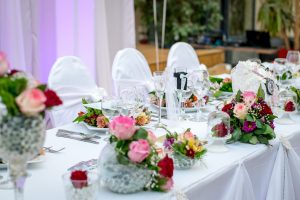